A suspected phone thief identified as Julius, was, yesterday, nabbed while trying to escape after caressing his victim who was asleep inside her room along Yoruba road extension, Sapele, Delta State. 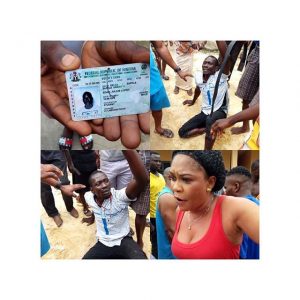 According to the lady, she felt someone caressing her legs while she was asleep, only to open her eyes to see Julius, who fled immediately.

She raised an alarm and neighbours gave the suspect a hot chase. Julius was eventually nabbed and beaten till he soiled himself with excreta.