31-year-old Nigerian man, Chimene Onyeri, will spend the rest of his life in federal prison and will pay restitution of $178,374.41 for his financial crimes, U.S. District Judge, Lee Yeakel, said, on Tuesday, in downtown Austin. 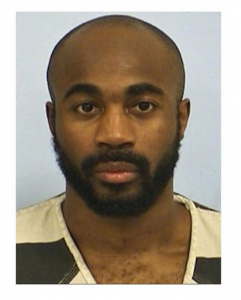 Kocurek was in the courtroom both days of the sentencing phase. She is relieved and feels at peace at this time. .

“It’s been two years and 11 months and it feels so good to wake up in the morning and to know my family is safe from Mr. Onyeri and his associates,” said Kocurek. .

There is no option for parole in the federal court system. Onyeri’s attorney, Victor Arana, was trying to get his client a lesser sentence of 30 years. Prosecutors say Onyeri has ten co-conspirators who are still awaiting sentencing.

Onyeri admitted to shooting his initial trial judge, Kocurek, in the driveway of her home, but, he denies attempting to kill, or even injure her. He previously testified he only wanted to scare her.